A recent study was conducted on 23 healthy males between the ages of 27 and 37. One group of men was administered 3,120mg of D-AA while a control group was given a placebo (salt solution) over 12 days. The group of men given D-AA had an average raise in testosterone of 42% as well as a 33% raise in LH levels compared to no increases in the placebo group.Testosterone is what makes a man... a man. But it also affects your metabolism, muscle mass, skin and sex drive. If you are 30+ years old odds are that your Test levels are declining every year. King Test is confidence in a bottle. More importantly, the ingredients have been proven in HUMAN CLINICAL TRIALS.

D-Aspartic acid is an endogenous (meaning that is is produced by the body) amino acid which has been found in the nervous and endocrine tissues of both animals and humans. University human clinical trials on this ingredient resulted in an increase of luteinizing hormone by 33% and an increase of testosterone by a whopping 42% in only 12 days. *

AstraGinTM is a natural compound composed of highly fractionated Astagalus and Panax Notoginseng. In over 12 different in-vivo and in-vitro studies, AstraGinTM has demonstrated that it can significantly imporve the absorption of critical nutrients including Amino acids absorption such as Arginine by 66.7%, Vitamins absorption by 50.4%, Glucosamine absorption by 41.9% and ATP production by 18%. *

This plant extract helps to suppress estrogen levels in Men which can lead to BPH and lowered testosterone levels. Nettles root inhibits the production on an enzyme called aromatase which in turn decreases the production of estrogen. *

Other than a funny name, this natural plant based ingredient is a time tested aprodisiac from ancient Chinese medicine that increases libido, improves erectile function and combats fatigue. *

L-Carnitine is a natural substance that contributes to normal functioning of metabolism, can help improve vitality, may prevent heart problems and can increase the rate at which fat is burned. * 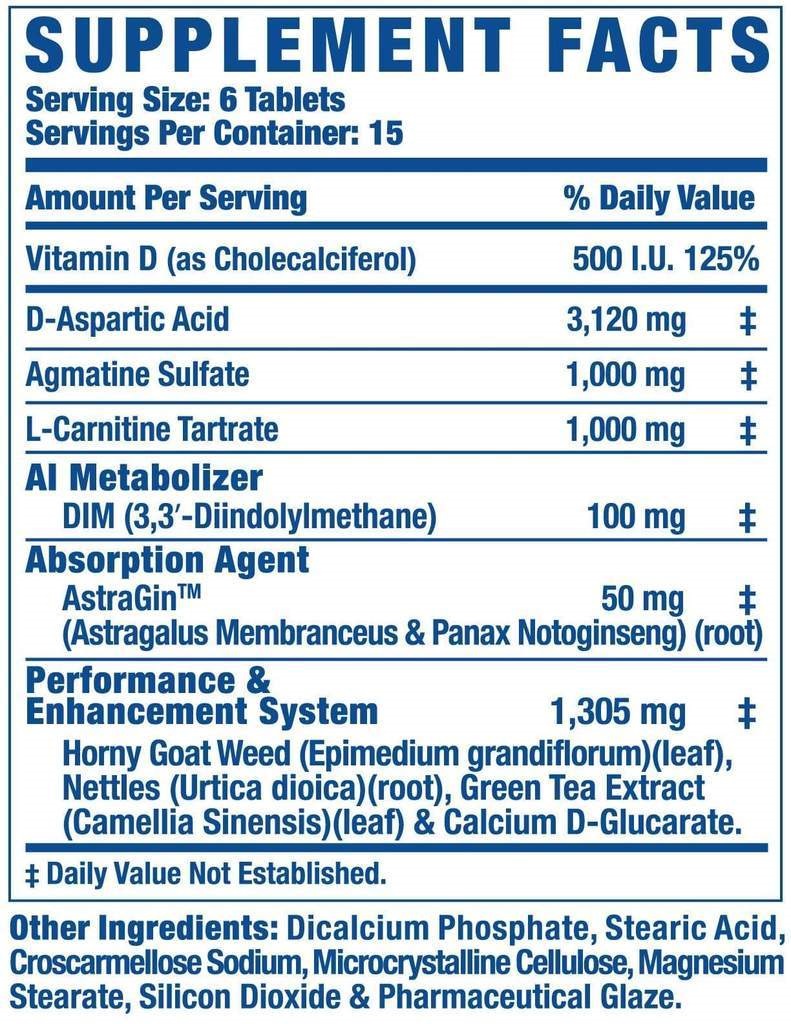